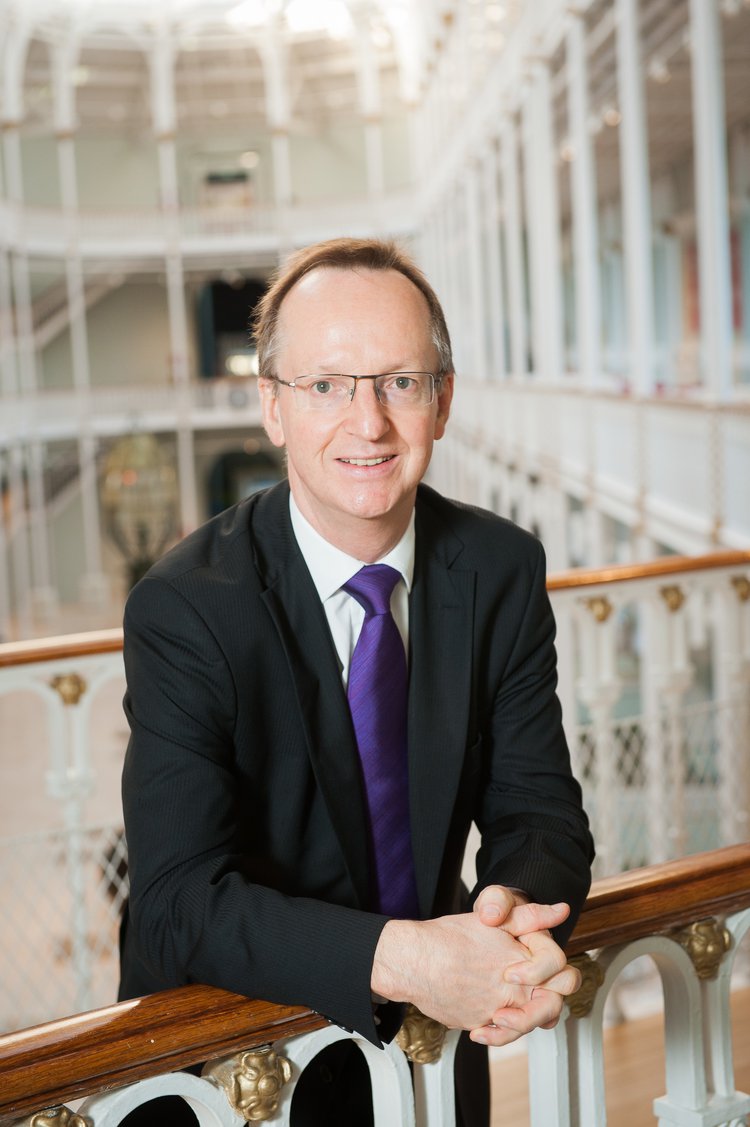 Dr Gordon Rintoul joined National Museums Scotland as Director in 2002.  During a twenty five year career in the museums sector he has led a range of significant developments and award winning capital projects. This included developing new Museums in Bradford, Merseyside and Sheffield.  As a consequence he developed and a long standing interest in the role of cultural developments in an economic and tourism context.

Prior to joining National Museums Scotland he was Chief Executive of Sheffield Galleries and Museums Trust, where he was responsible for establishing a new Charitable Trust to take over responsibility for Sheffield City Council’s museums and galleries. He also led the development of the £15 million Millennium Galleries and the initiation of the £17 million transformation of Weston Park Museum.  While at Sheffield he was responsible for developing continuing Partnerships with the V & A and Tate, amongst others.

At National Museums Scotland, Dr Rintoul is responsible for four museums, a 10 acre storage site, a collection of over 4 million items and 450 employees.  He has initiated and implemented a major transformation project across the organisation to enhance public services, develop and the collections and modernise facilities.  As part of this, he led the £60 million transformation of the National Museum of Scotland in Edinburgh, which reopened to widespread national and international acclaim at the end of July 2011.  The Museum is now the most visited attraction outside London, with annual visitors of almost 1.75 million.  He was also responsible for the acquisition of a Concorde aircraft from British Airways, which is now displayed at the National Museum of Flight, as part of a wide range of new developments at this historic Second World War airfield.

Dr Rintoul has served on the governing bodies of a wide range of museum and related organisations, including the Councils of the Association of Independent Museums and the Museums Association.  He was a member of the Ministerial Think Tank on Museums for the Scottish Government which produced a new National Strategy for Museums and served on the Tourism Leadership Group for the Scottish Government, creating a new Tourism Strategy for Scotland. He is currently on the Board of Marketing Edinburgh and a member of the Tourism Committee of Edinburgh Chamber of Commerce.  He was named ‘Top Scot’ in the Spirit of Scotland Awards 2011 and was awarded a CBE for Services to Museums in the Queen’s Birthday Honours 2012.  Dr Rintoul was also made Doctor honoris causa of the University of Edinburgh and Doctor of the University of Edinburgh Napier University in 2013.